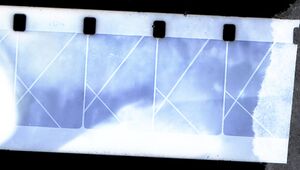 Labobine is a pedagogical laboratory for the creation of analog films created in 2016 within l'Erg by Rébecca Fruitman, Pauline Pilla, Marion Guillard and Pierre Voland. Its educational programm includes film practice (shooting, development, projection), collective analysis of films and experimentation. In addition to the use of the C4 development process, its ambition is to favour the use of non-toxic and diy products in the lab. Labobine supports and disseminates processes that are as natural as possible in order to free itself from the chemical film industry.