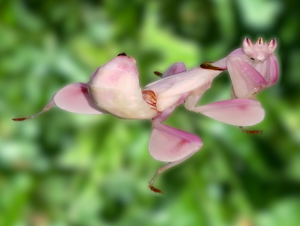 “Humans and books in a room, on a sidewalk. Curtain, dogs, beer and softs, pigeons, poems, domestication, anger, middle age, present time. We are all here. Please come!”

This event was initiated out of the ReadingListeningSpeaking seminar, taught by Eleanor Ivory Weber as part of the Art Practice, Critical Tools (PAOC) Masters program at Erg Brussels. “Living contents” is a set of lectures, publications and performances presented by students of the seminar and their guests. The show will be broadcast on Ergote Radio.

Adler Murada is a Brazilian visual artist based in Brussels. Through his works, he has been developing a method of formal translation of historical and cultural narratives, setting transdisciplinary approaches around questions of memory, identity and border into formats such as installation, video, performative exhibition and text. Murada presents "Paredes Ventosas", a specific text/site for this event. The intervention appropriates the formal qualities of curtains such as size, portability and flexibility to articulate stories between indoor and outdoor spaces, proposing an encounter with rile's neighborhood.

Gluten World is a collective project taking gluten as a prism through which to observe different subjects and perspectives. Gluten is a material, a living being, a network and much more. This lecture is a collaboration between Giuliana Diada, William Reidiboym, Moilesautresart and Anastasia Simonin. Laure Champeau: Located between a narrow path and a surface-field of modest size, we come around stories, names, places, techniques, materials and the objects that are created in between. I'm a voice among passing forms and we will tell each other stories and other things. Mélusine is a legendary being from French, Belgian, Luxembourgish and German folklore, with Greek and Celtic origins. It's a complex being who appeared around 1140 and whose evolution can be traced through various written archives. She generates multiple etymological possibilities and is linked to a wide web of forts, towns, families and fountains associated with her legend. A strong feminine character: saint and diabolical, prisoner and builder, oracle and bewitched. A story to pass on, even in a succinct way; a longing to let her take place in the interstices. Loïs Soleil is a Franco-Scottish artist inspired by intersectional feminism, net.art, pop culture and cultural studies. Her performances, installations and poems reveal an autobiographical directness, rawness and an emotionally vulnerable quality singular to their hyper-intimacy. "Touch me with gloves, I am not ready yet" is the artist’s first poetry chapbook. It touches on subjects such as mothers, friendship breakups, surviving trauma, mental health and fuckboys. Living in Brussels, Loïs Soleil has followed international studies in fine art at the University of Leeds, Ensba Lyon and Erg Brussels. Her work has been exhibited in several spaces such as Cultuurcentrum Strombeek/Gent, LaVallée, VIDEOFORMES and n0dine.

Manon Didierjean is a French artist based in Brussels. Her writing work takes several narrative forms (novel, poetry, theory) and questions the control of bodies and their imposed normality. Her research takes place notably in relation to cinematographic images, with a feminist approach linked to cultural studies. It questions the imaginary that we construct between individual and collective, intimate and political projections. "Beyond Human" is a book that explores the explicit and hidden violence that we impose on bodies, as well as the tools and stories we imagine to build their images and representations. The relation between texts and images questions the porosity between science-fiction and science, between hybridity, biopolitical control and the staging of progress.

Thiaba Diop Egutchi is an artist of Japanese and Senegalese origins, born in France in 1997. She has lived and worked in Brussels since 2017. Her practice is influenced by the delicate relationship between her diverse ethnic origin and her direct environment, both social and physical. Through memory and self-narration, with fragments of her story and fantasies, she explores issues related to identity against environment.